‘Not much you can do until they’re walking mate!’ – is the worst piece of advice I’ve ever received.

Someone told me this about 5 years ago, at the time I didn’t think much of it, having kids wasn’t on the radar at that point. For the person in question, having a child didn’t really have an immediate impact on their daily life (as crazy as it sounds). They took a few days off work when the little one arrived, their busy work life continued thereafter, their hobbies carried on and their social life continued as normal.

The importance of a present father in the first 3 years of life (and beyond of course) goes without saying, the science confirms this. I won’t take a deep dive into the science during this post, but it’s conclusive from both a cognitive and health point of view, I’ll share some useful resources in the coming weeks.

The meaning of this post is simple. Be present and be responsive. Just because your little one isn’t on their feet running about, doesn’t mean you can’t have a huge impact on their development. If mum is bossing it like mums do, you may feel insignificant or even a spare part, she’s got it covered right?! But being present is enough, nappy changing, burping, feeding (or feeding mum if she’s breastfeeding), nap time, bath time, bedtime, get involved with as much as you can, you won’t regret it 😍

Making plans? Go with the flow

Weddings – Do you take your toddler? 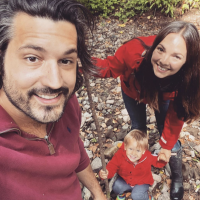